Status shifts in groups as extraverts disappoint and neurotics overdeliver 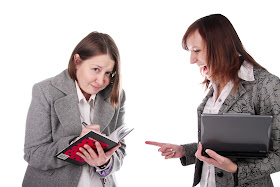 New research suggests that the higher status bestowed on extraverts in new groups may drop as their contributions become better understood. In the meantime, neurotic people may see their lower status improve.

Corrine Bendersky and Neha Parikh Shah investigated this in two studies. The first examined how 44 student teams working on MBA assignments over 10 weeks attributed status and competence to individual members. One week after forming, each member was asked to rate the other 3 to 5 members' group status - e.g., 'To what extent does each individual influence the group’s decisions?' - and expected level of contribution to the group. Ten weeks after meeting, the members again rated each other on status and (now actual) contributions.

Personality measures taken at the start of the course showed that more neurotic individuals received lower status ratings at the first measurement stage, but made gains at the second stage. Extraverts, meanwhile, received marginally higher initial ratings but these decreased by time two. The effects were small, possibly because researchers controlled for a wide range of measures including other personality factors, gender, cognitive ability and individual assignment grades, which may soak up what might otherwise be observed. Further analysis confirmed effects were not due to regression to the mean, as variability in ratings was similar across the two time points. Instead, it appeared that the status changes were due to neurotics being seen to contribute more than had been expected, and extroverts less than expected.

In a computer-based experimental follow-up, 340 participants rated a hypothetical colleague before and after seeing their response to a request to assist the participant on a task. Beforehand, the colleague received higher status ratings when described using extraverted keywords, and was considered more likely to assist than when they were described as neurotic. However, when the colleague responded with a generous offer of help, neurotics were rewarded with greater increases in ratings than extraverts. And when the colleague was tight with their time, they were punished more heavily when portrayed as an extravert.

Extraverts find it easier to make a rapid, positive impact, being assertive, dominant and talkative. But for ongoing contributions to a team, their demeanour may introduce problems. They can be poorer listeners, and less able to cope with others being proactive, leading to group competition. This means that initially high expectations can lead to disappointment. Meanwhile, the low self-belief and and sense of powerlessness associated with neuroticism can make it easy to dismiss their group value. But neurotics are keen to avoid social disapproval and not be seen as incompetent, making them motivated to prepare for activities and put effort in, over-delivering on their original promise.

Bendersky and Shah argue that we should recognise that status is responsive to these factors, updating dynamically as a group gets to know each other or experiences different conditions. And in terms of practical implications, they offer a warning:  'Managers may rely too heavily on extraverted employees, which could be problematic if these individuals become less appreciated group members over time. In contrast, introverted and neurotic employees may be underutilized because managers inaccurately assume they will be less effective team members. With experience working together, however, both types of people may be important and valued contributors to their teams.'